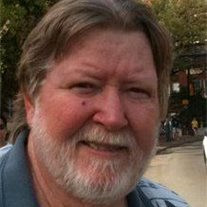 Mr. George LaDon "Don" Brooks was born May 5, 1944 in Haleville, Alabama close to the family homestead in Abbeville. He passed away suddenly on February 15, 2013 after a recent hospital stay for a heart condition. The funeral services will be held at 1:00 PM on Monday February 18, 2013 at Banks Funeral Home Chapel with interment to follow in the Riverside Cemetery in Albany. The family will receive friends on Sunday from 3:00 PM until 5:00 PM at Banks Funeral Home. He is preceded in death by his beloved mother, Mrs. Rhoda Caroline "Carolyn" or "Callie" Zorn Brooks Pace, his father, Mr. Edward Donald Brooks, and the sweet man who raised him from the age of six as his own son, Mr. George McKinley "Pop" Pace, as well as his sister Ms. Maureen Dyes, all of Albany. He is survived by his heartbroken daughter and only child, Penelope ("Penny") Michele Brooks Plambeck (Sebastian) and his former wife of over 35 years of marriage who remained very close to him, Ms. Charlene Gail "Gail" Jones Brooks of Thomasville, along with his dear sisters, Ms. Willene Mitchell of Jacksonville, Fl, Ms. Joette Leel of Albany, and many cousins, nieces, nephews and friends. Don was employed for over 40 years as a Policeman, spending the vast majority of his career with the Dougherty County Police Department. Over the years he served in many leadership roles including Sergeant and Lieutenant as well as being a Criminal Investigator/Detective and Vice Squad member. When he retired he would still dream about catching criminals and said he often woke up feeling as he worked all night. In reality he often did work all night and most holidays, in addition to moonlighting as a security guard in order to provide for his family. His daughter Penelope is an Officer with The Department of Homeland Security and is so proud to carry a badge just like her daddy did and honor his service. Don was an avid reader and loved knowledge and learning, spending many hours at the library taking home as many books as he could hold. He could tell you all about facts or figures from what a dromedary camel is to how to grow organic produce and knew every politician's history and position. He voted in every single election he could locally and nationally. He loved perusing thrift stores and dollar stores for fun and was a generous man, often tipping more than the entire cost of the meal. He was a tenderhearted animal lover and rescued multitudes of stray dogs and cats throughout his life. He loved to watch the deer, cows, guinea fowl and geese outside his window in the country and he fed them as well. He greatly enjoyed sharing and discussing his love of antique rifles and guns with his son-in-law, Mr. Sebastian Plambeck of Hamburg, Germany, whom he loved as his own son and had always said so. His last words to his daughter were, "I love you. Bye". He is sorely missed and will never be forgotten. Our hearts are broken. Sign our online guest registry at www.banksfh.com Banks Funeral Home in Sylvester is in charge of the arrangements.

Mr. George LaDon "Don" Brooks was born May 5, 1944 in Haleville, Alabama close to the family homestead in Abbeville. He passed away suddenly on February 15, 2013 after a recent hospital stay for a heart condition. The funeral services will... View Obituary & Service Information

The family of Mr. George LaDon "Don" Brooks created this Life Tributes page to make it easy to share your memories.